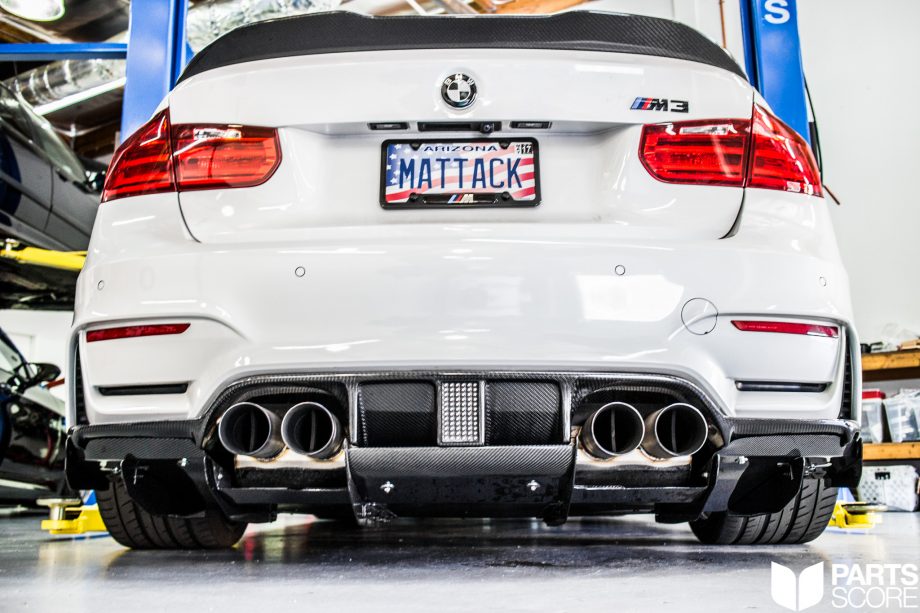 Extreme is the name of the game with this F80 M3! Phil already equipped his M3 with the Kohlenstoff F80 M3 Carbon Fiber Rear Diffuser with DTM Style LED however he wanted to take his M3 to the next level. We achieved this with the insane RW Carbon M3 Varis Style Carbon Fiber Undertray. This undertray is a complete 100% custom installation in conjunction with the Kohlenstoff Rear Diffuser. The combination of these two rear carbon pieces makes this the craziest M3 in the Southwest. 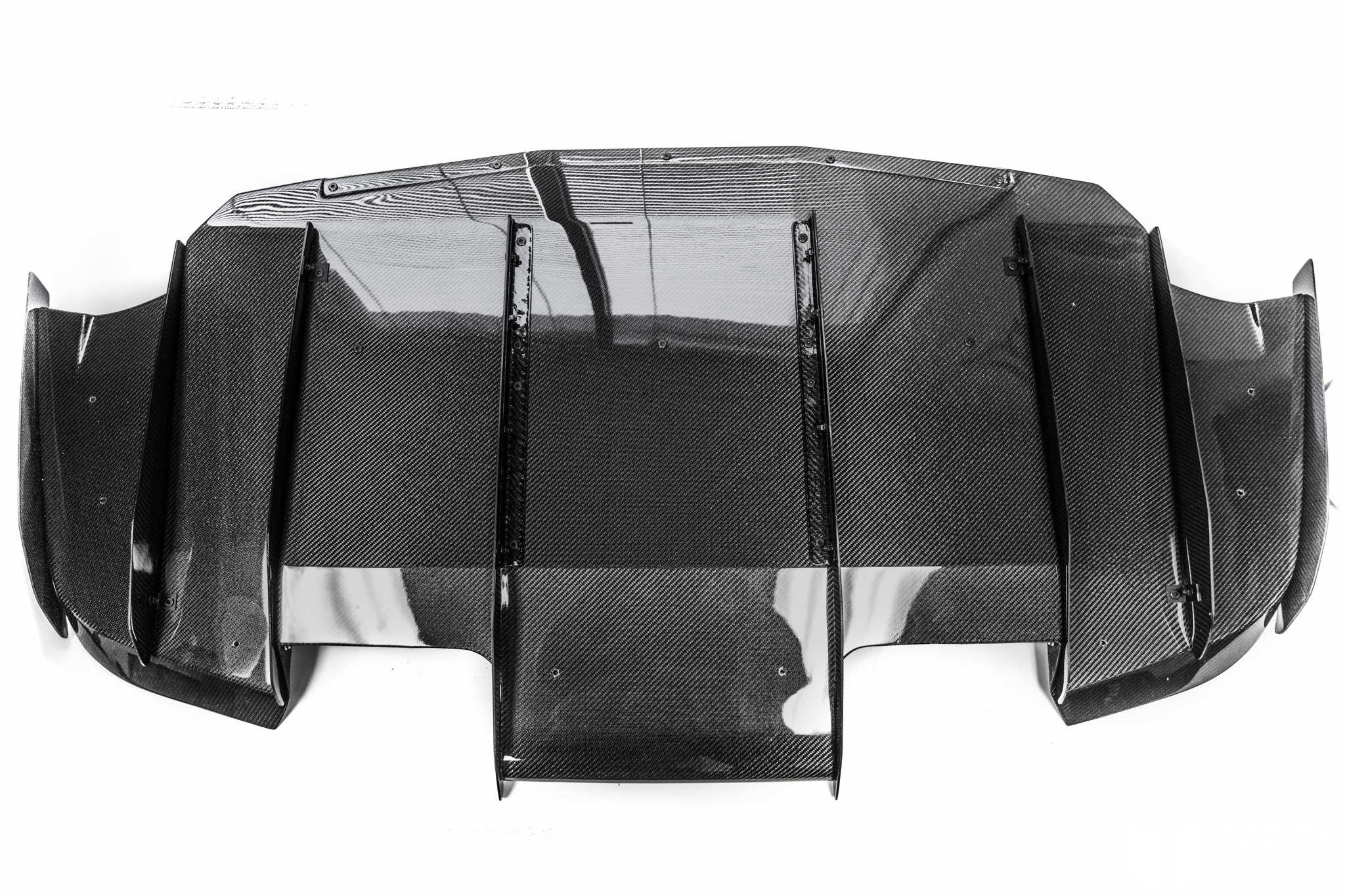 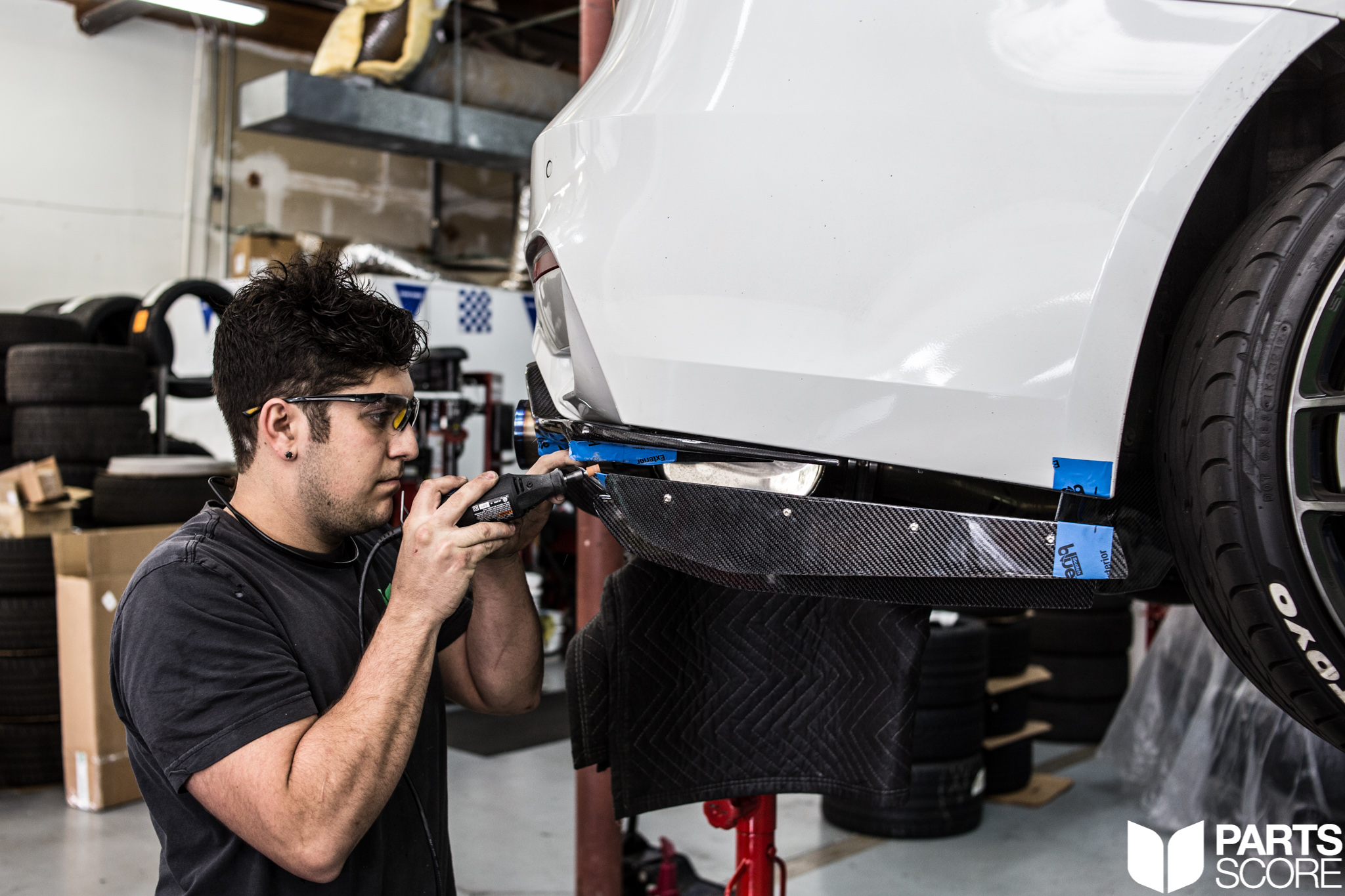 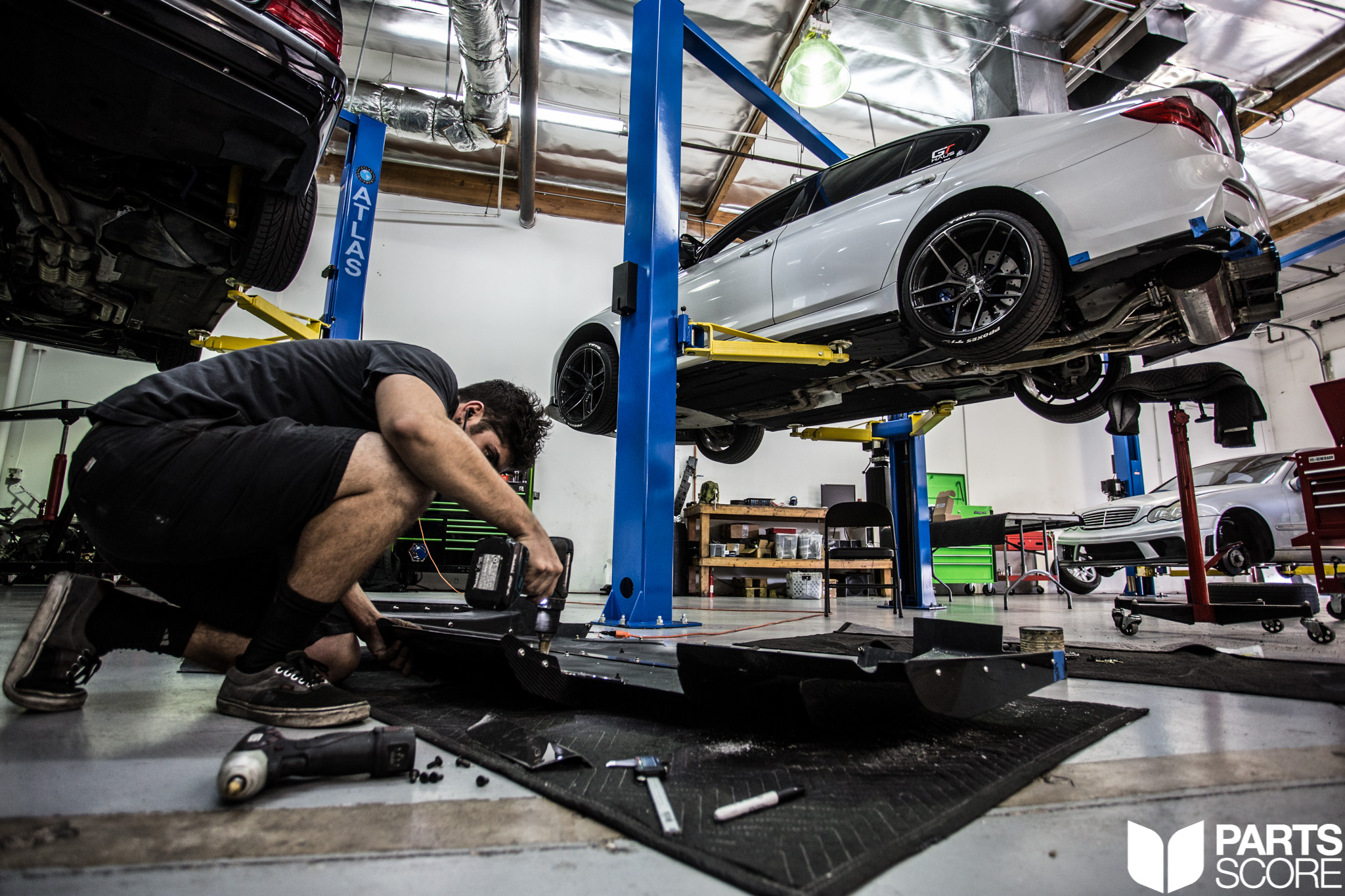 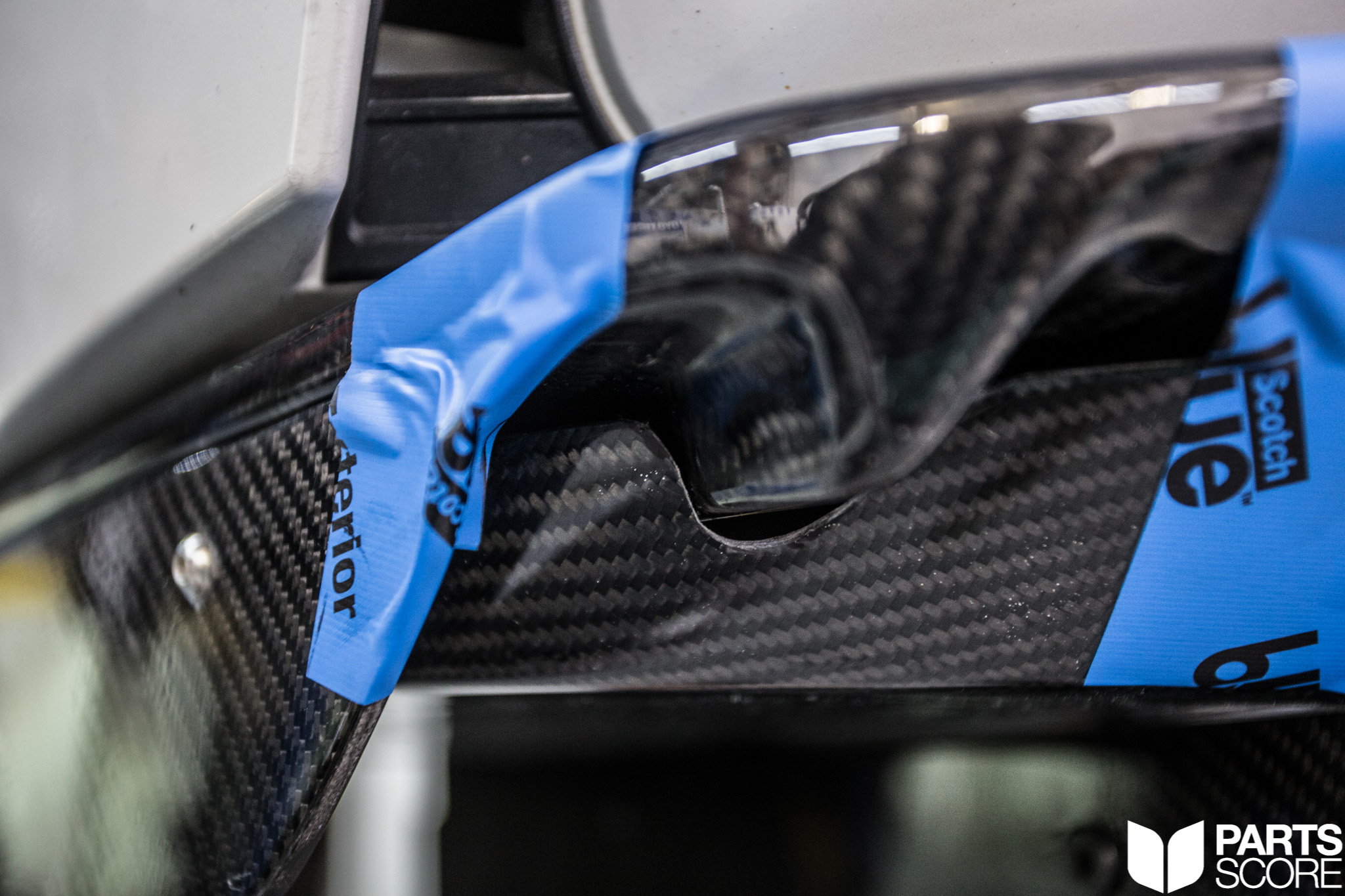 Closeup of one of the modifications to the undertray. 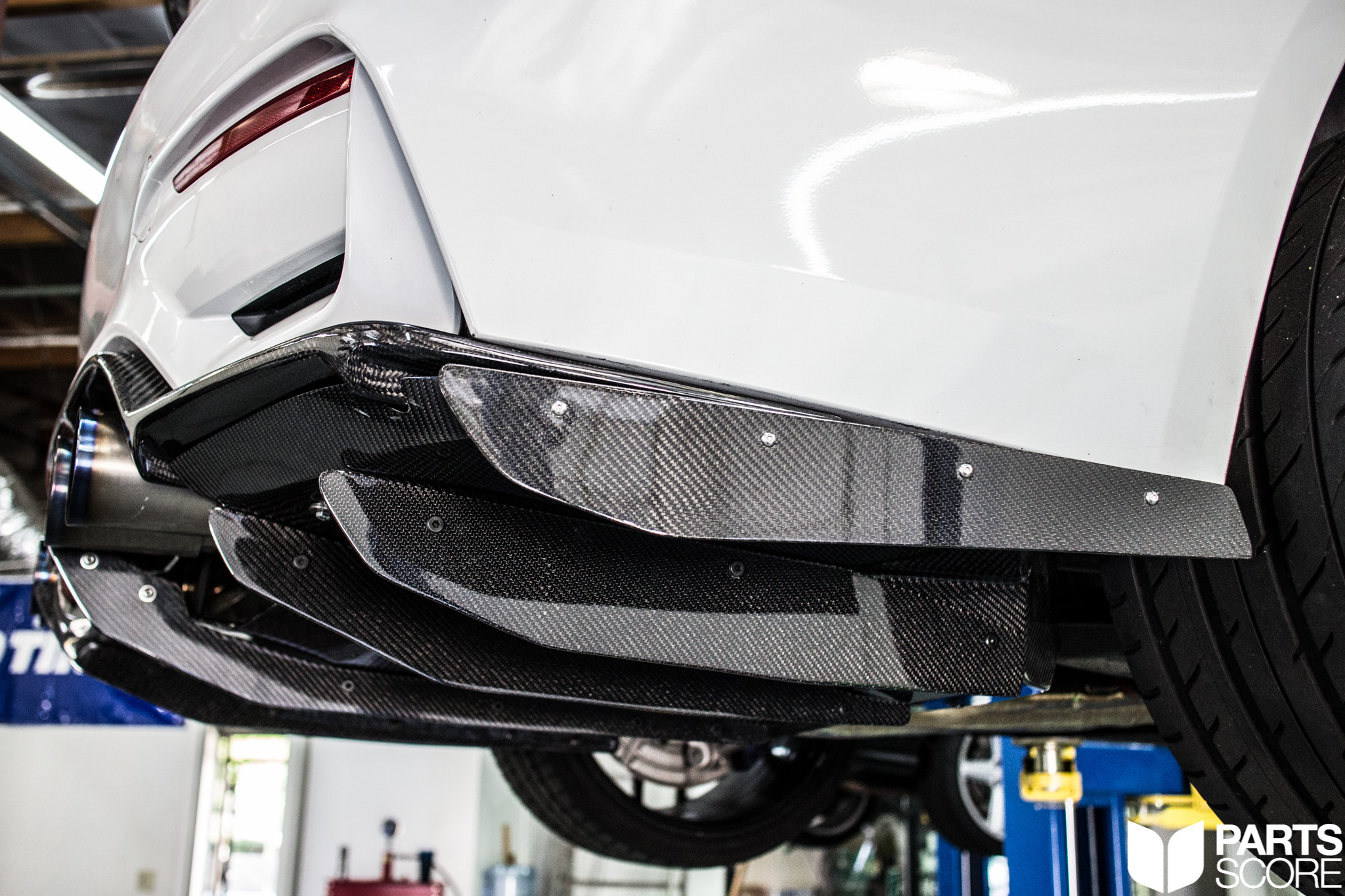 This undertray is insane! 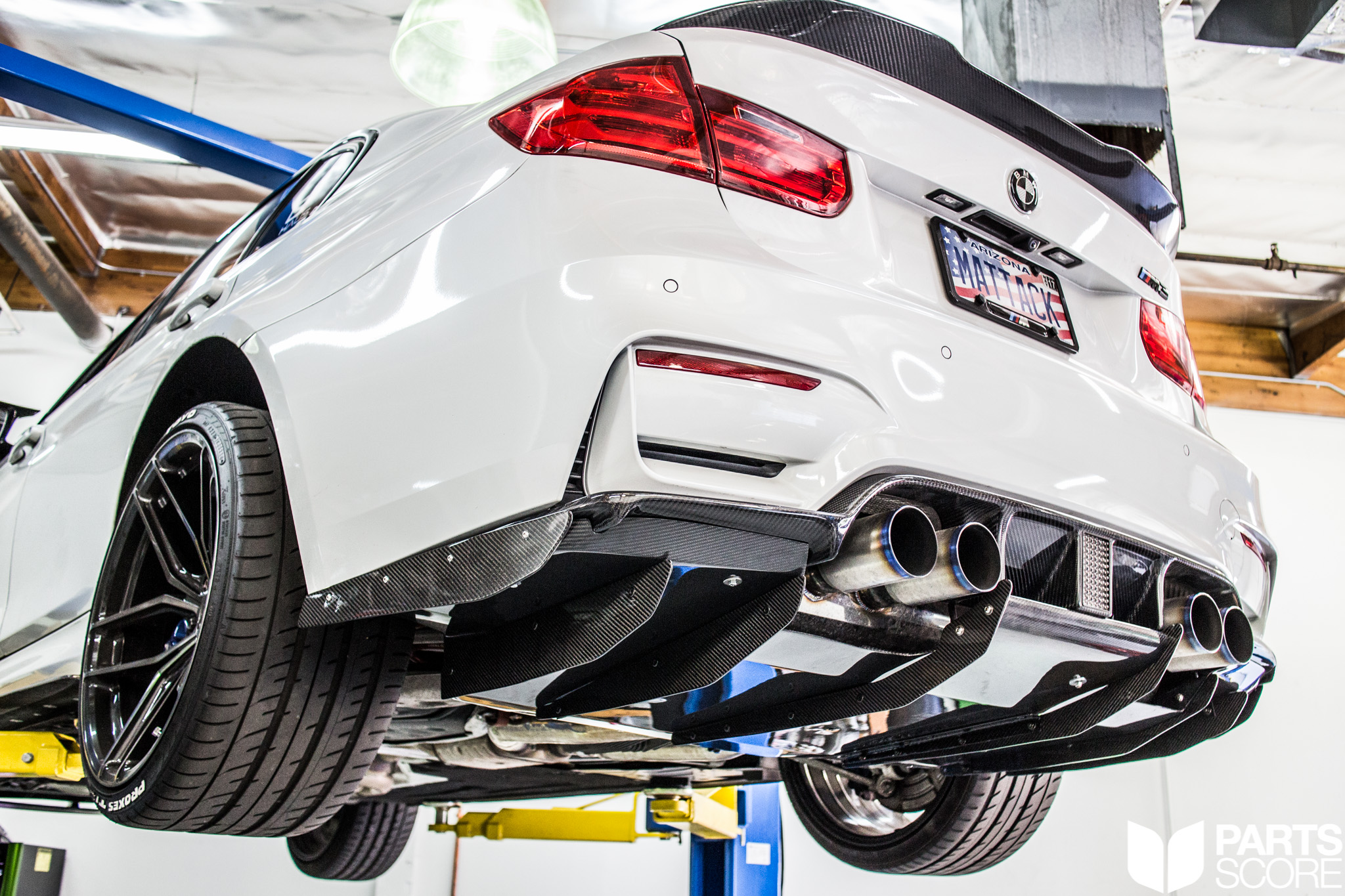 Ready to go on the ground for the first time. 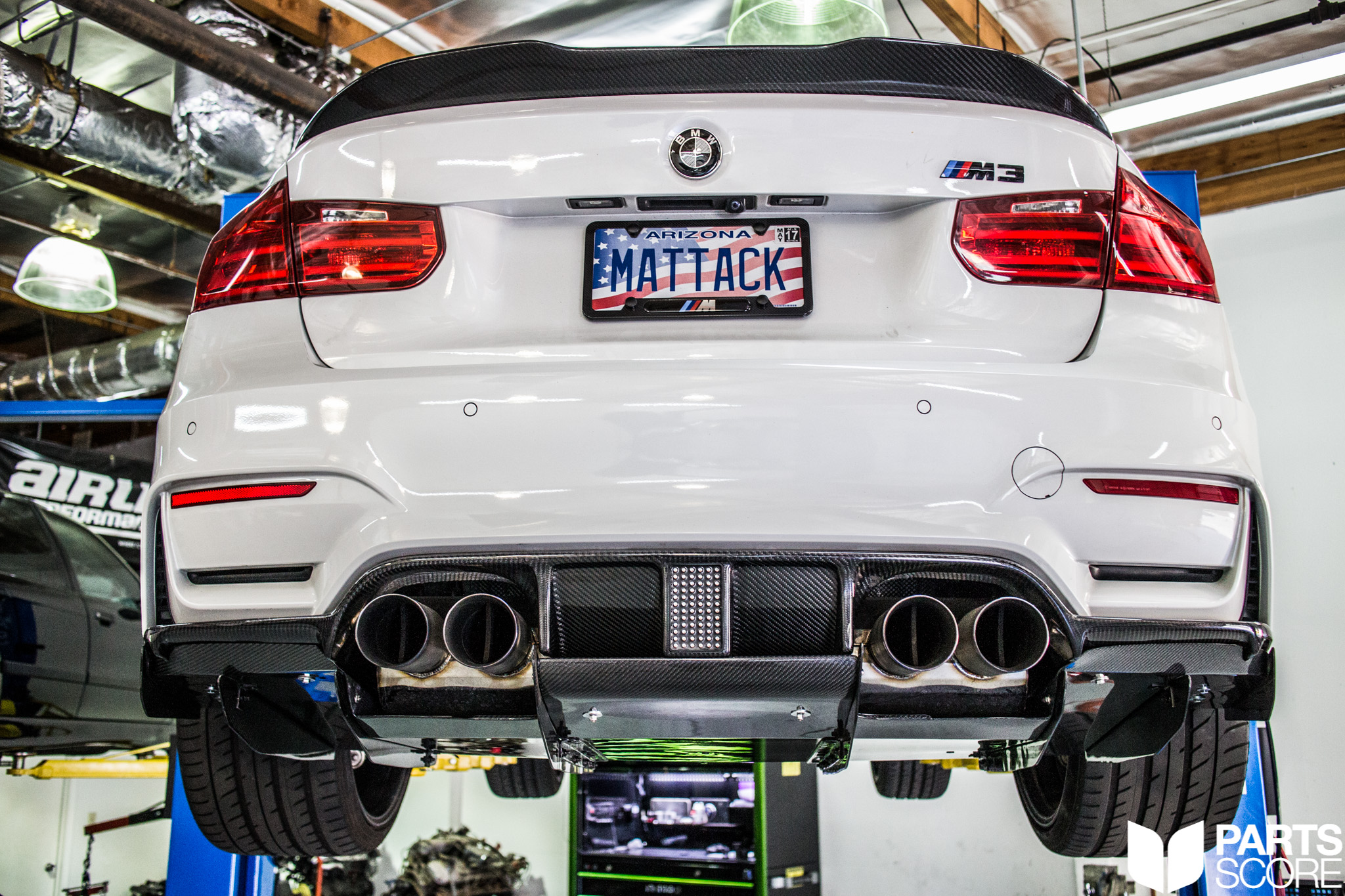 This is the craziest M3 in the southwest!a 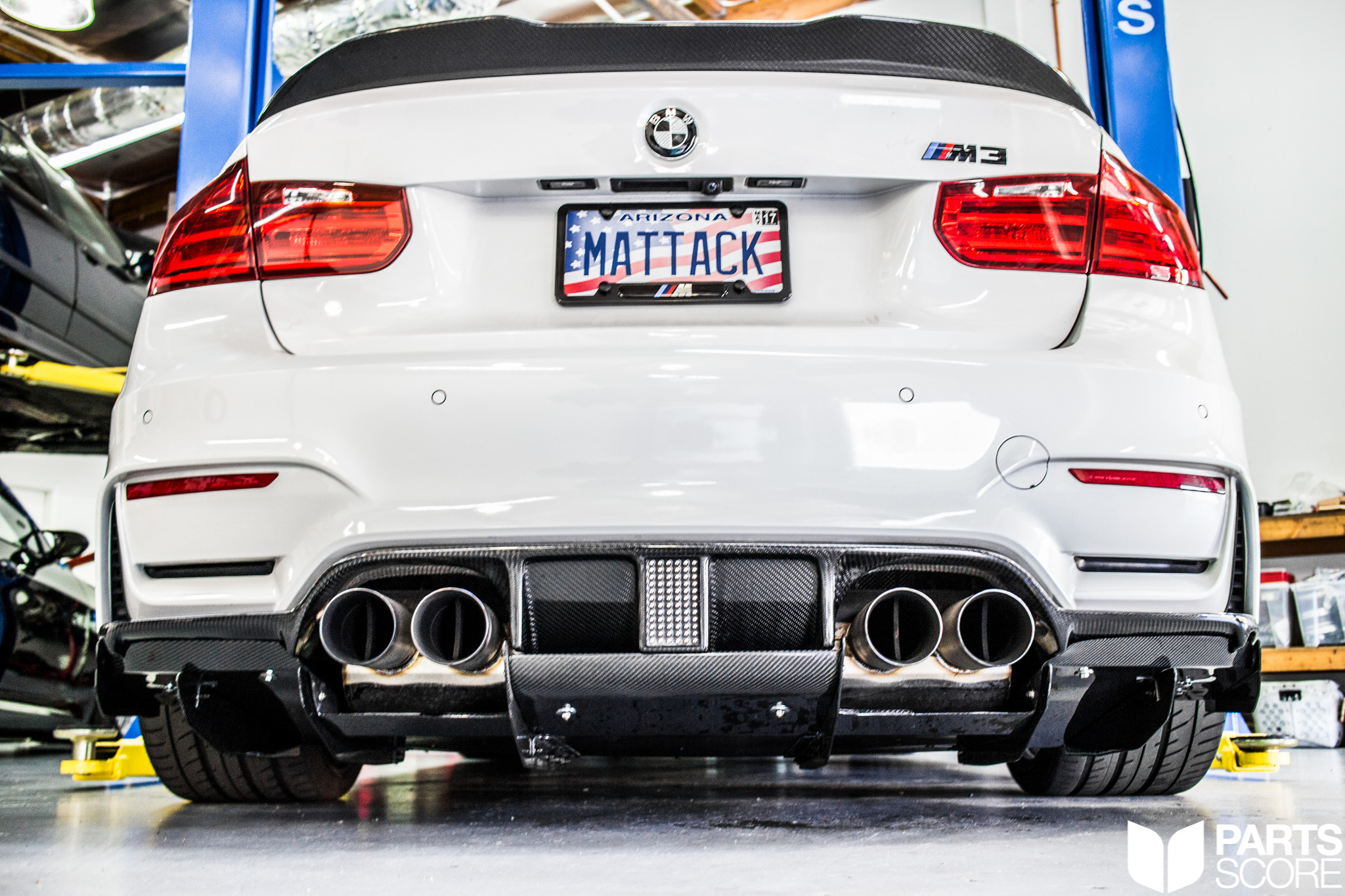 Installation complete and this undertray is insane! 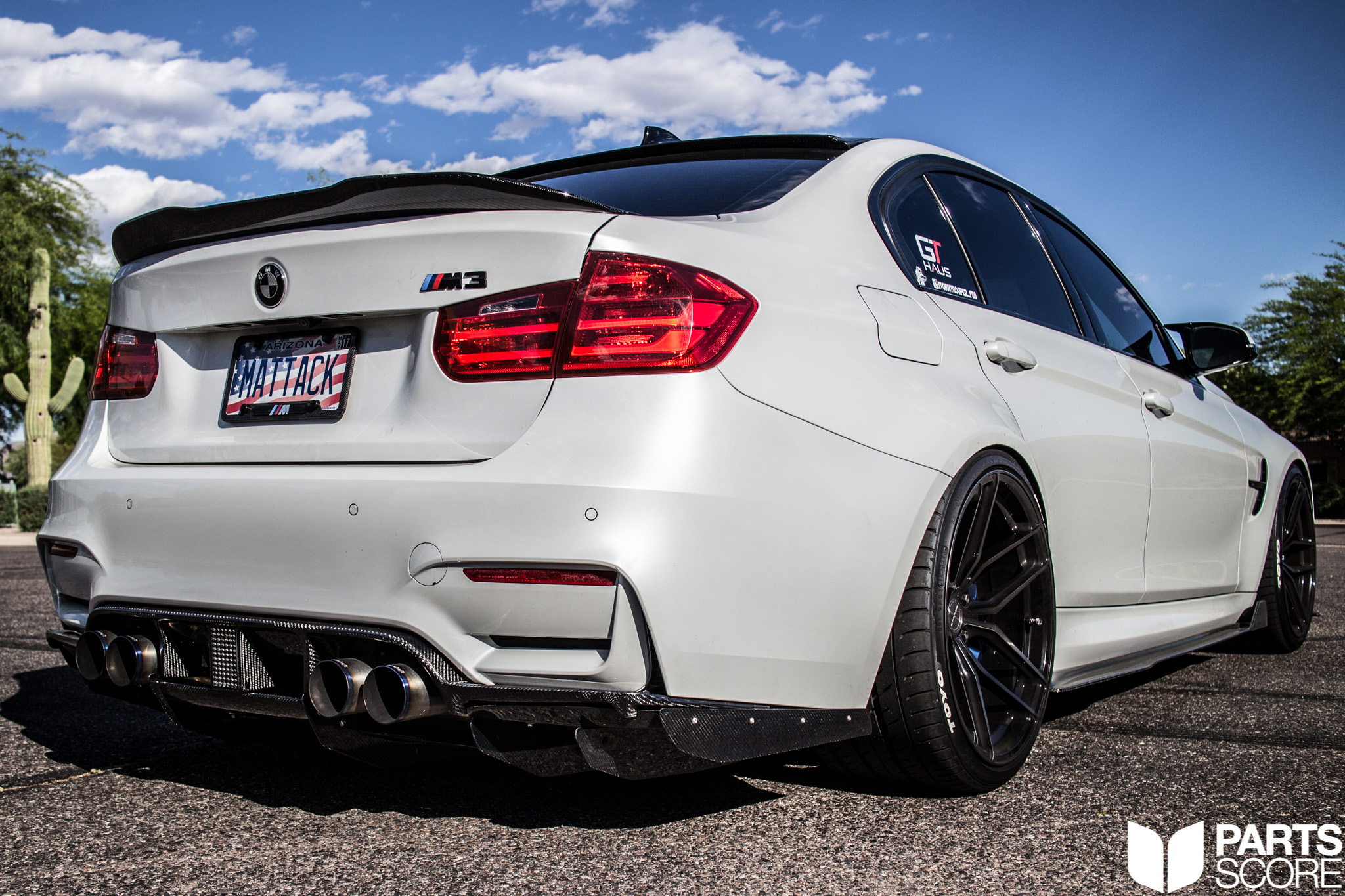 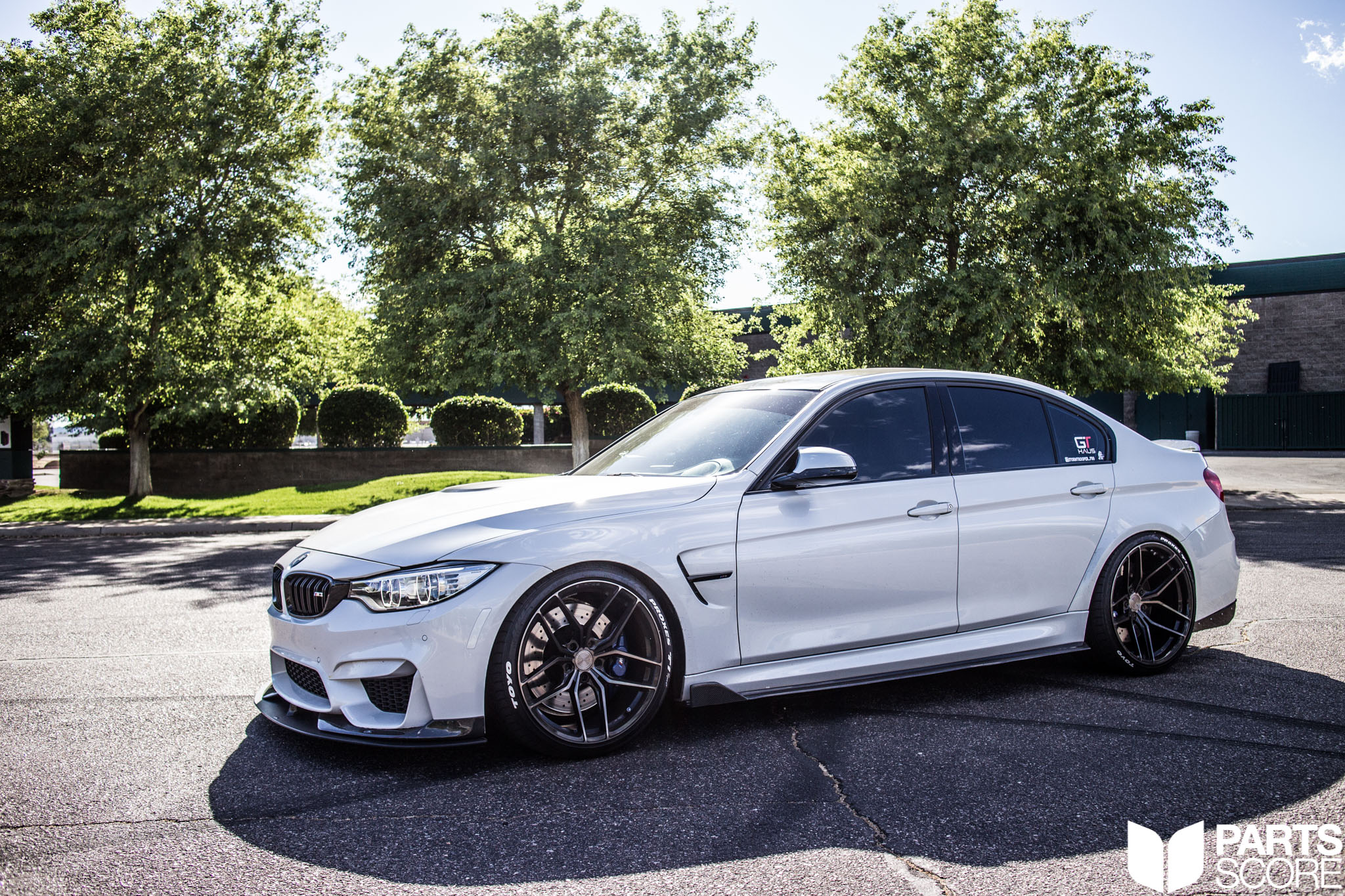 This M3 sits perfect and is one of the craziest ones we have seen!rbon