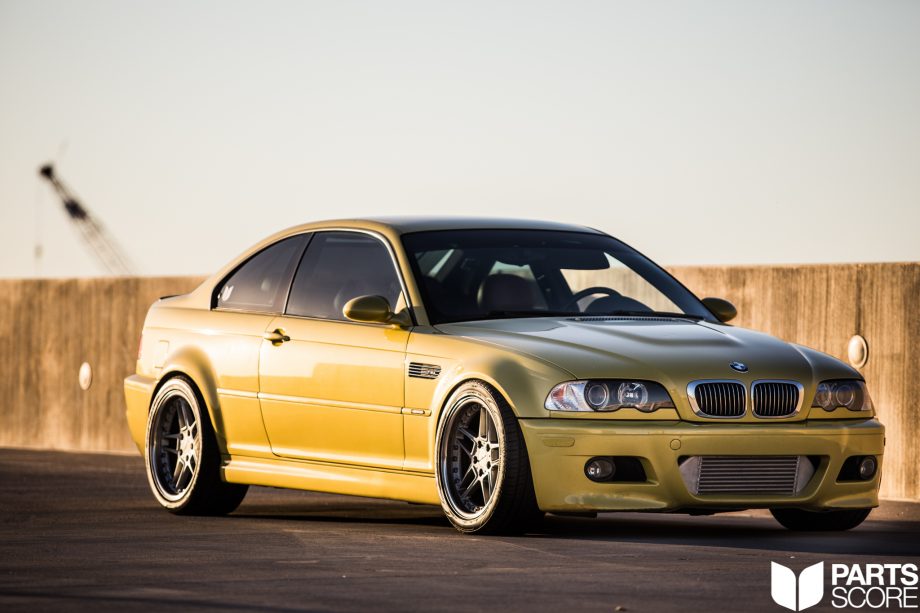 The intercooled supercharger setup gives a total output of 575 HP and 360 TQ using a Vortech V3 SI blower. It produces a very linear OEM like power delivery through the rev range on the S54 all while delivering supercar like acceleration. With nearly every other aspect of the E46 already modified the ESS Tuning Supercharger kit was the icing on the cake for this M3.

The ESS Tuning kit can be directly installed on a completely stock E46 M3 and requires no supporting modifications. To be able to do this, ESS has performed both extensive dyno and road testing on their supercharger kits with multiple vehicles in various climates around the world. Over 60 hours on the load testing dyno, top speed runs on the German Autobahn, as well as track tests on the Nurburgring were completed prior to certification.

The standard VT2 Supercharger kit produces 525HP on 8lb of boost, the upgraded kit produces 575HP on 10lbs of boost. Above this the sky is the limit however serious modifications are needed to achieve above 575HP, these include but are not limited to; lower compression pistons, European style or aftermarket headers, and water-methanol injection. It goes without saying that with so much power the other systems in the vehicle should be upgraded, things like braking performance and suspension upgrades become much more of a necessity when dealing with nearly double the power of the stock vehicle. This particular M3 has nearly every performance upgrade under the sun, the list of modifications includes:

For any questions about this supercharger kit or to place an order please contact us at 602 814 6543 or email us at contact@partsscore.com

A short video shot after the supercharger installation was completed. This E46 M3 is owned and driven by one of our technicians who in his spare time goes drifting and racing. 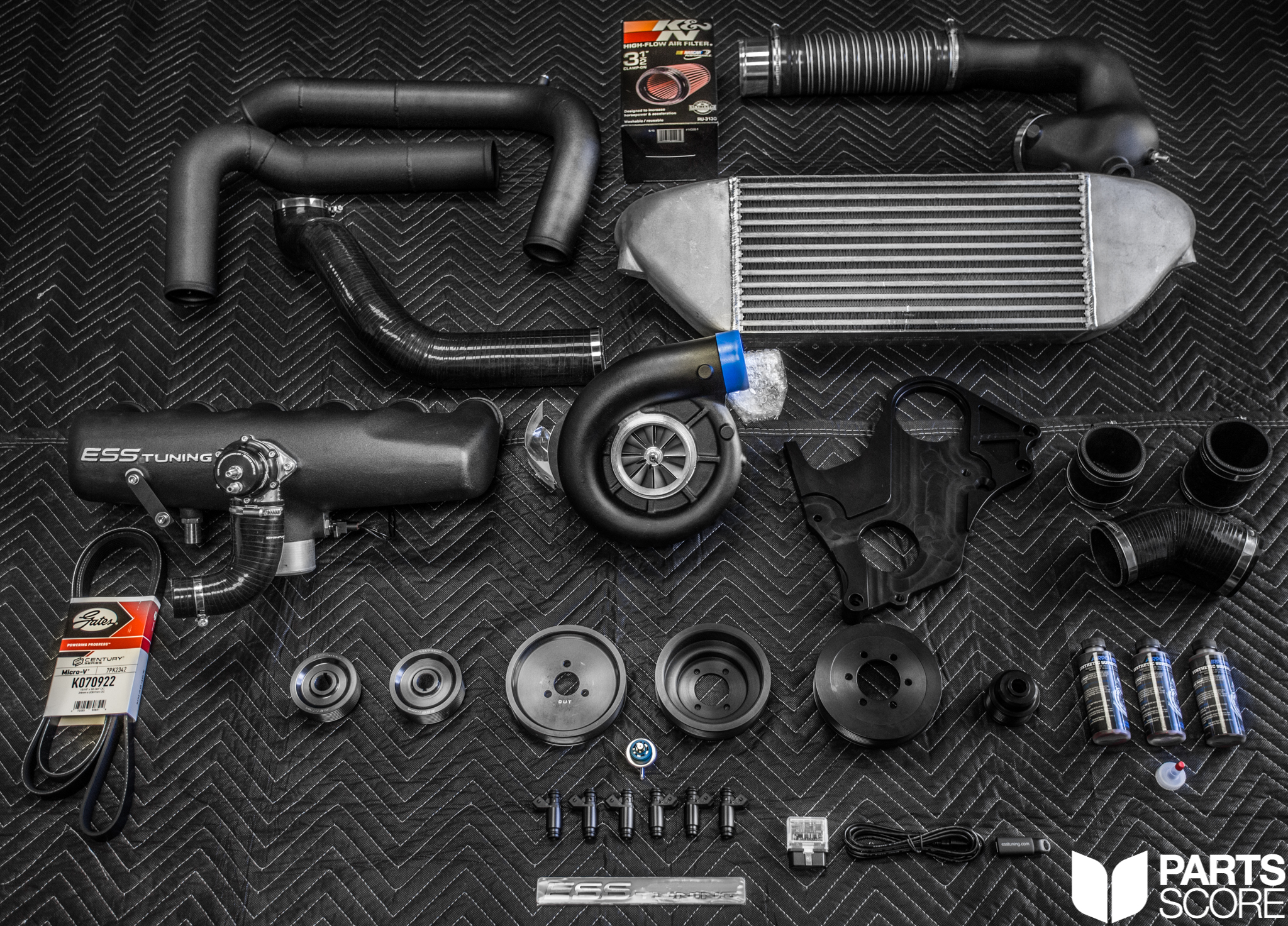 The supercharger kit laid out prior to installation. 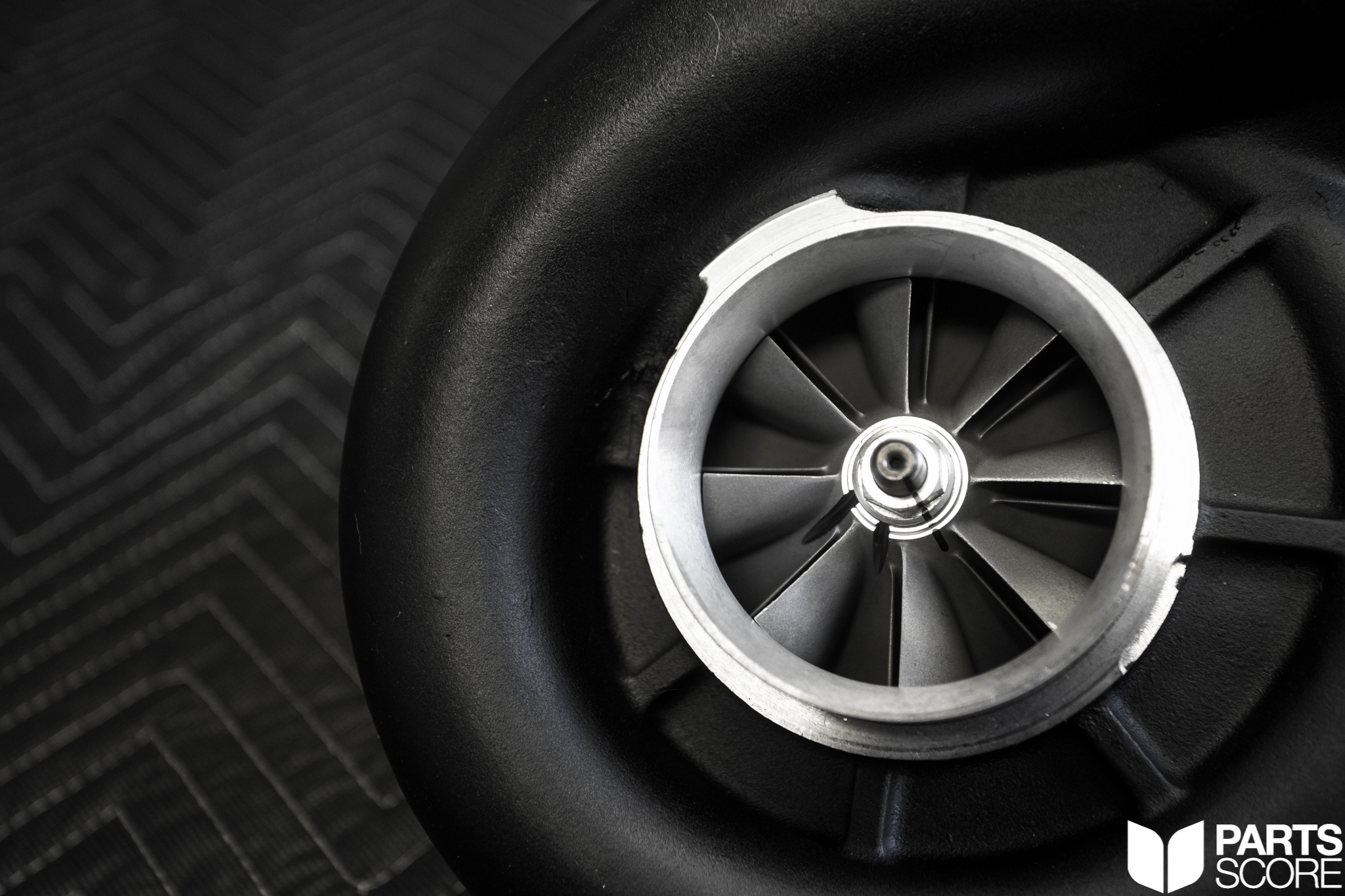 Closeup of the Vortech V3-Si supercharger. 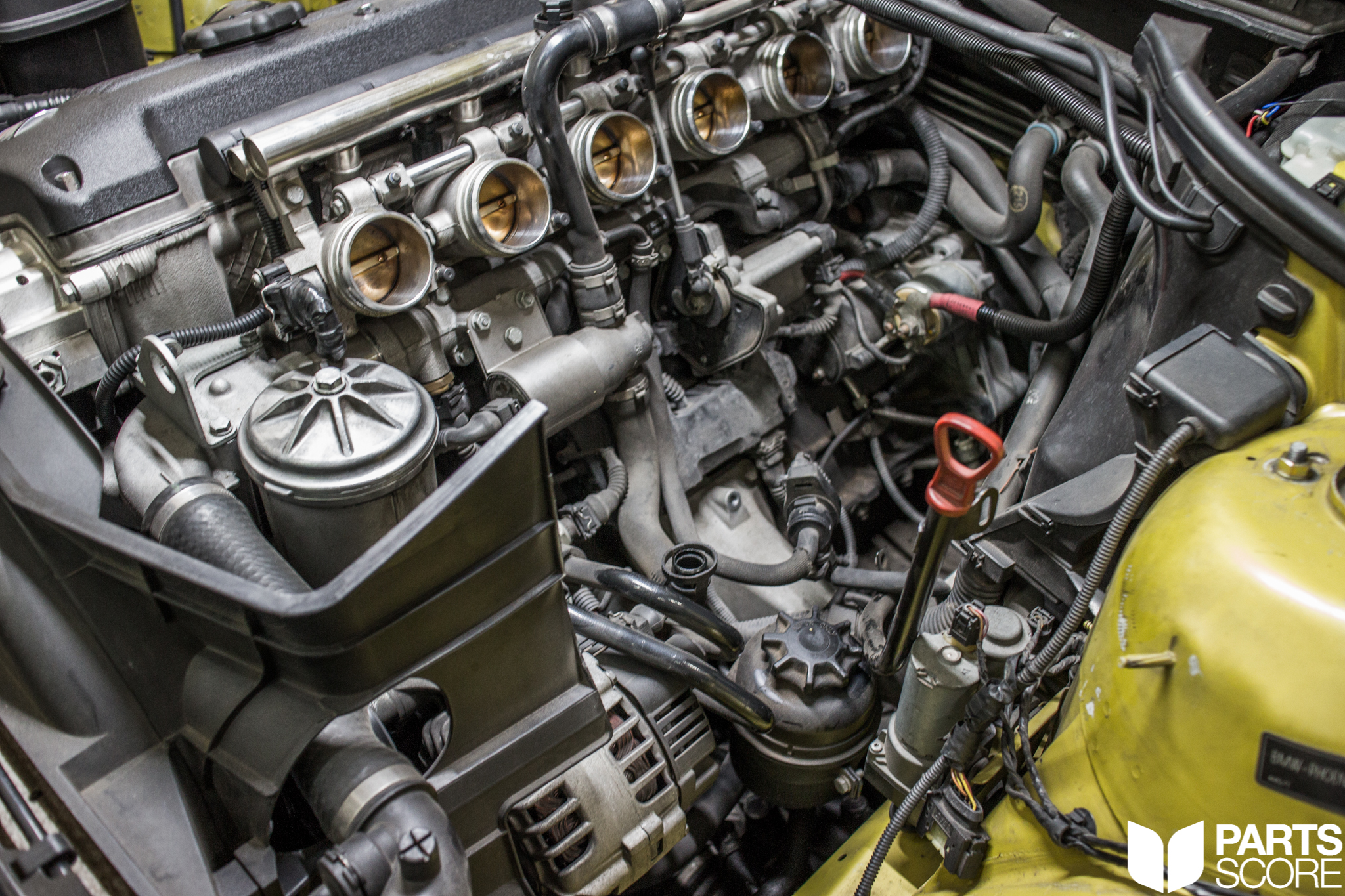 Installation begins with the removal of the factory intake plenum. 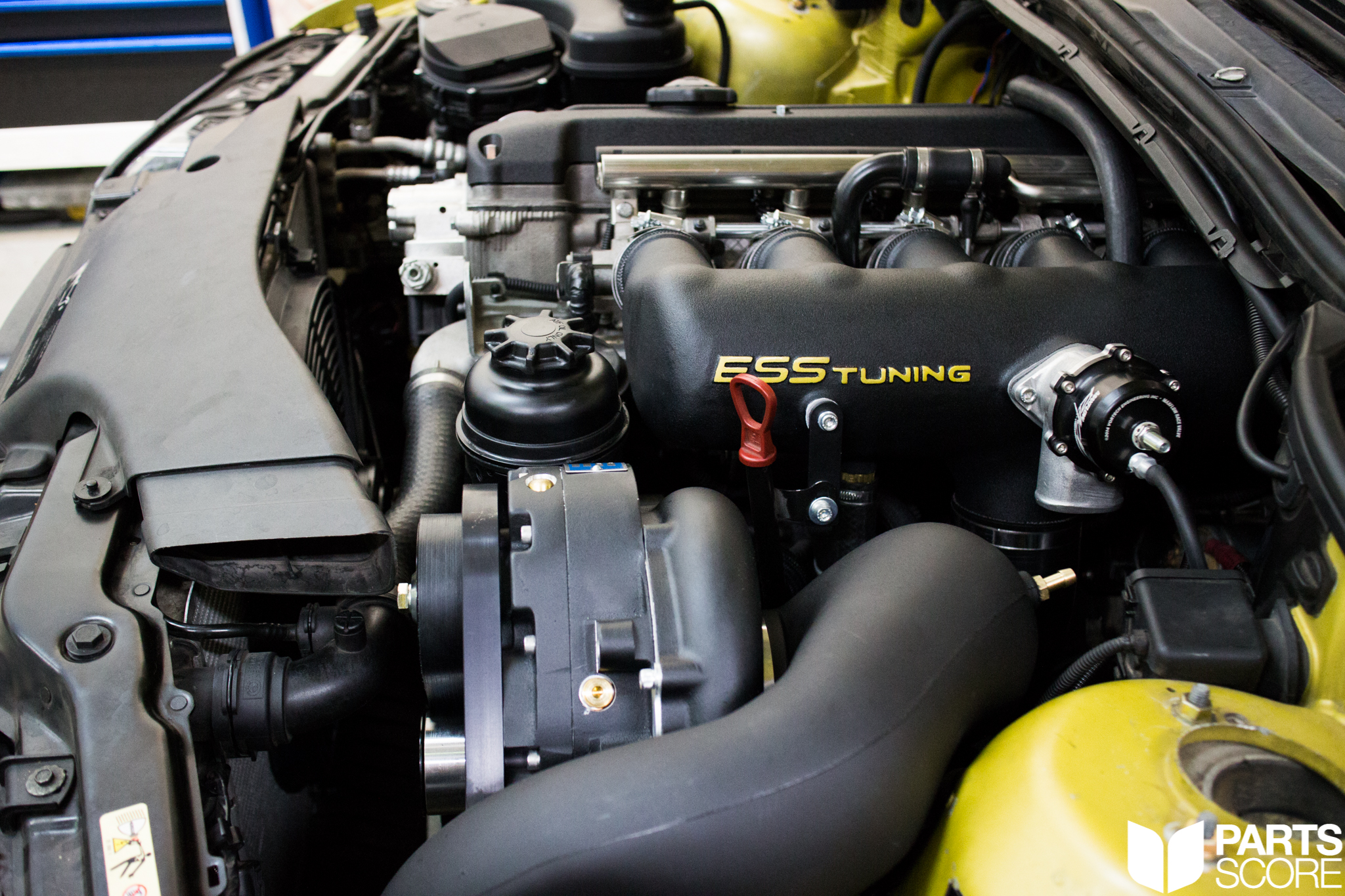 The Supercharger is a direct bolt on application, the intercooled intake plenum and supercharger are installed. Next comes the front mounted heat exchanger then routing all of the small accessories and lines. 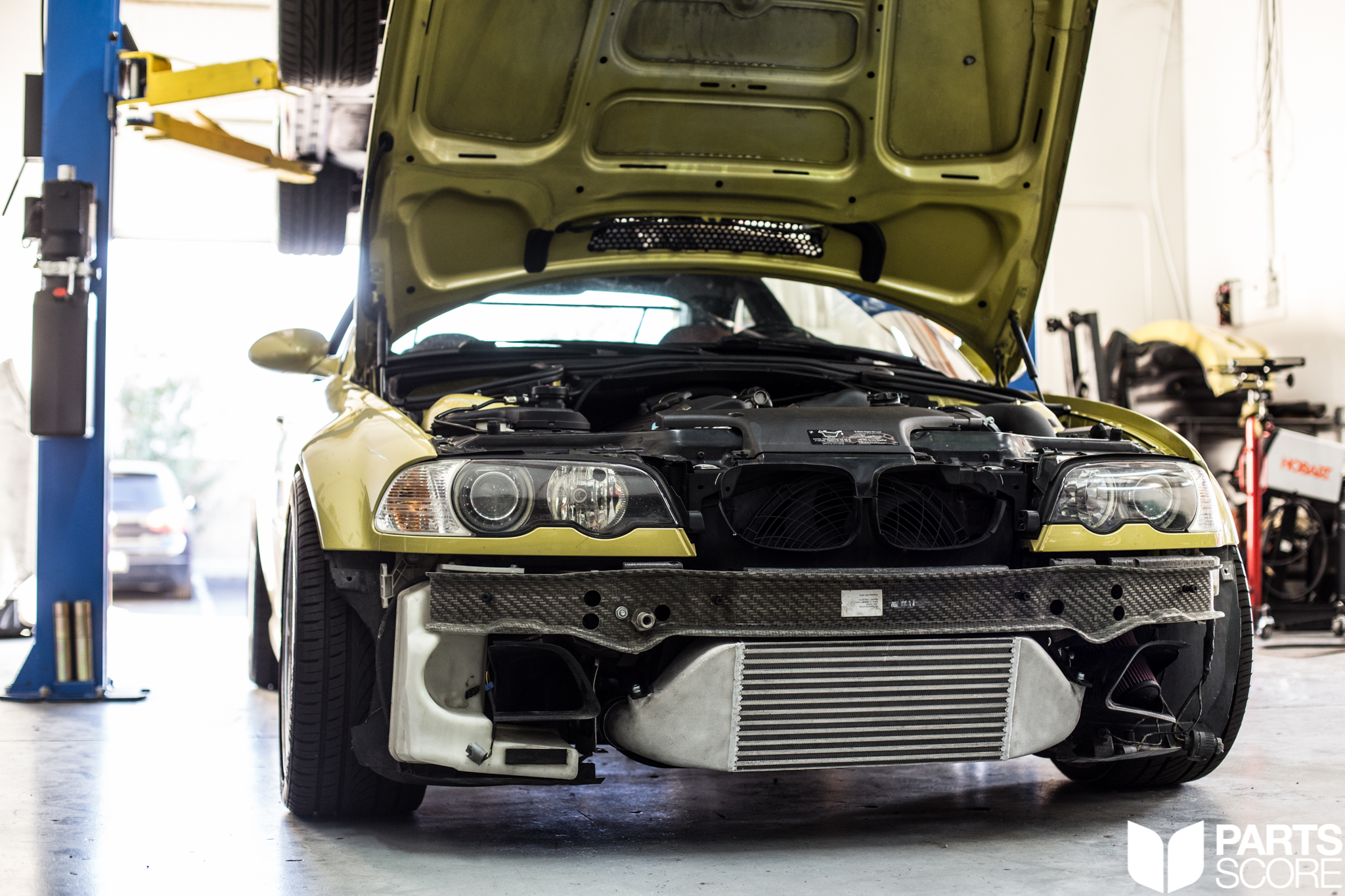 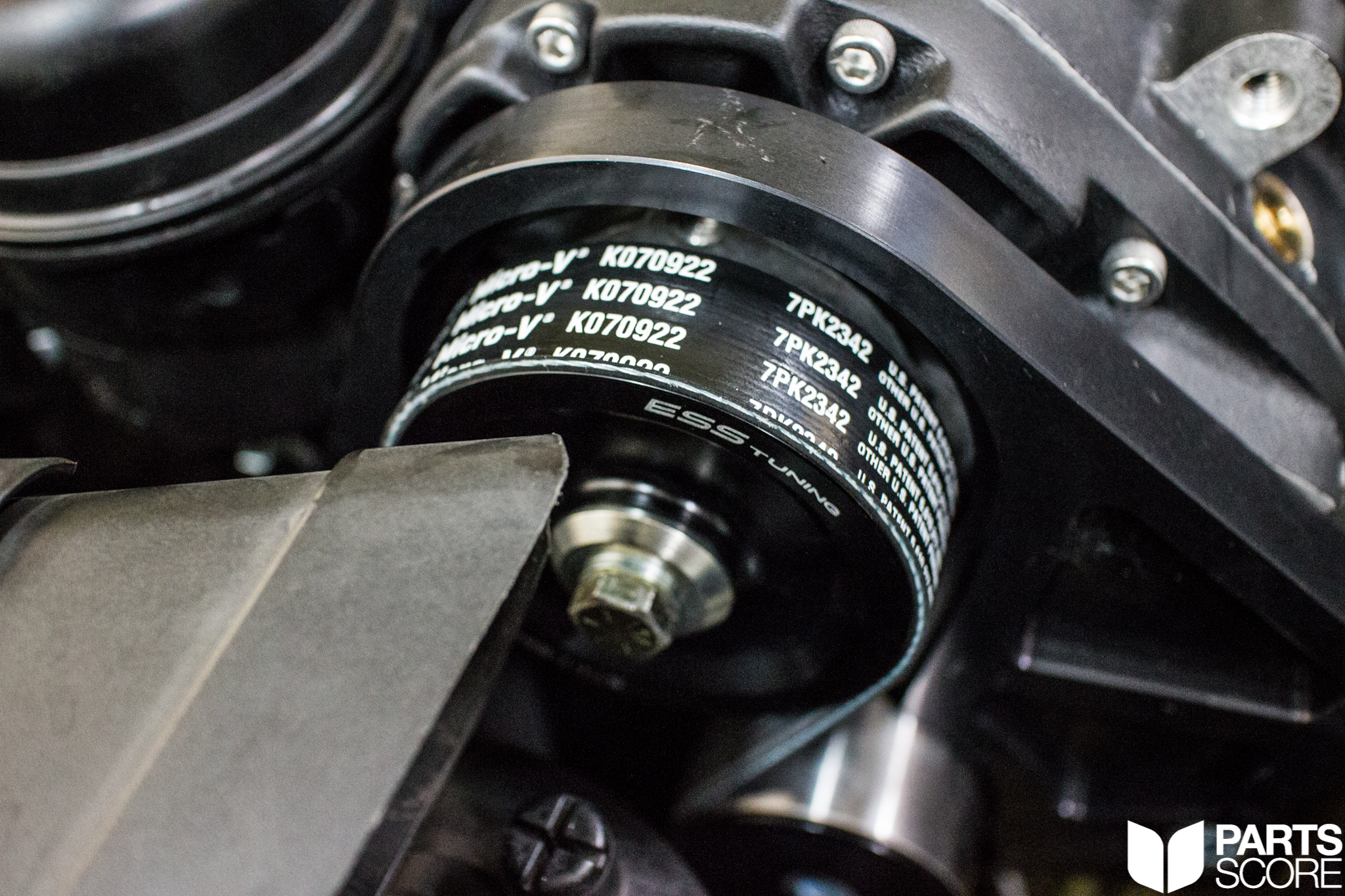 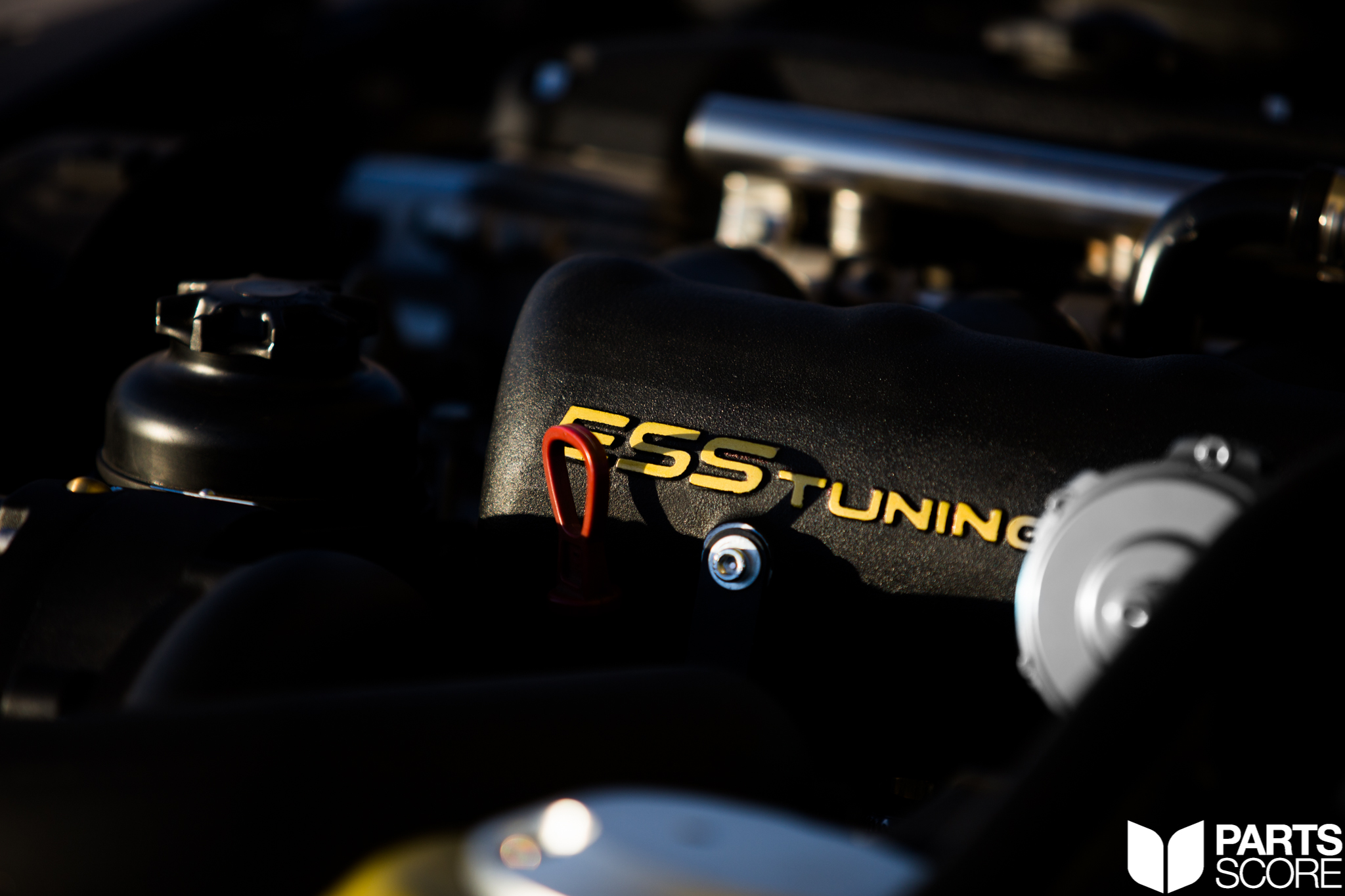 To match the exterior Phoenix Yellow, some touch-up paint was obtained through BMW and used to carefully paint the ESS Tuning logo on the intercooled intake plenum. 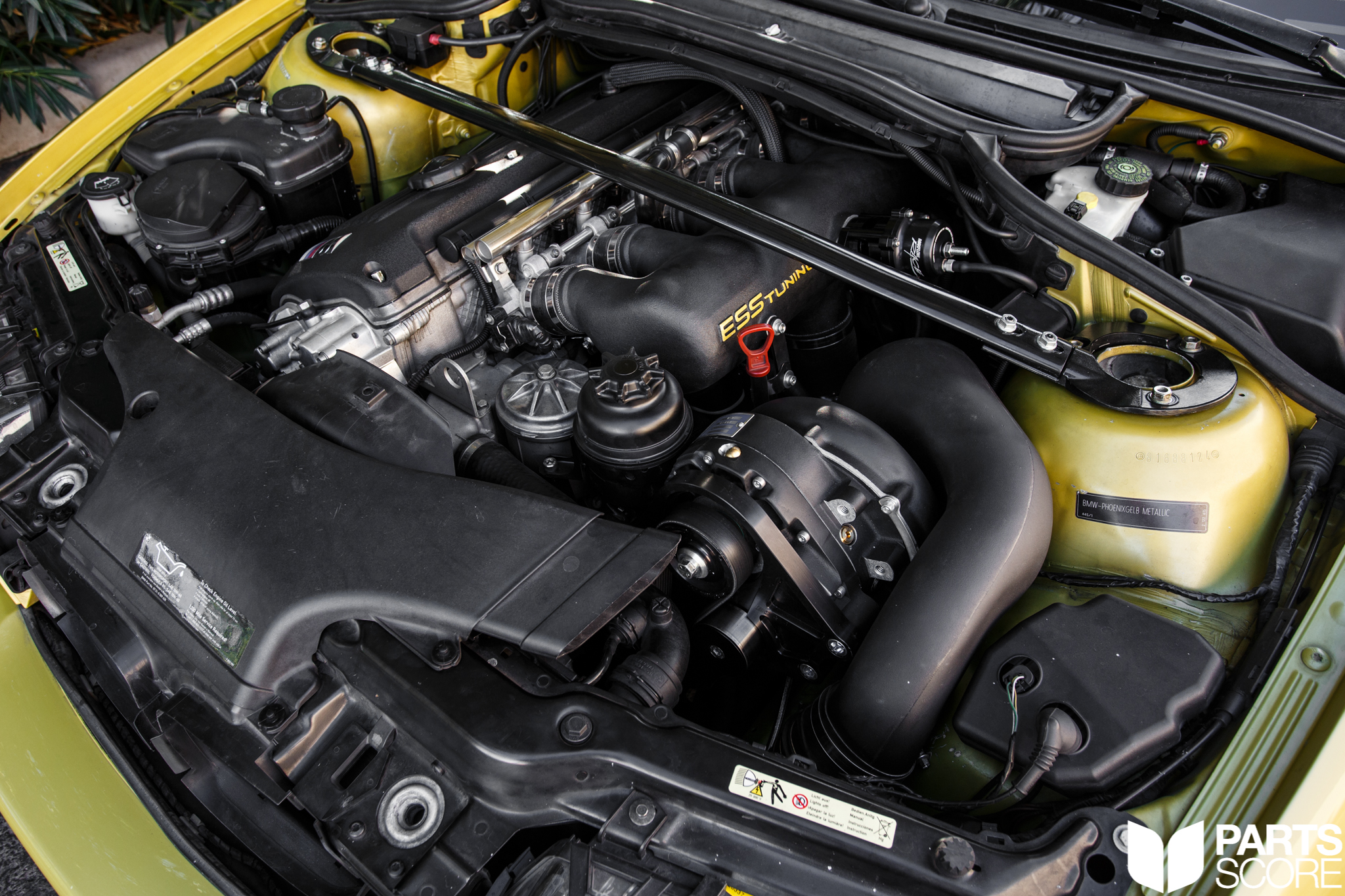 Fully installed and ready to go! This kit transforms the E46! 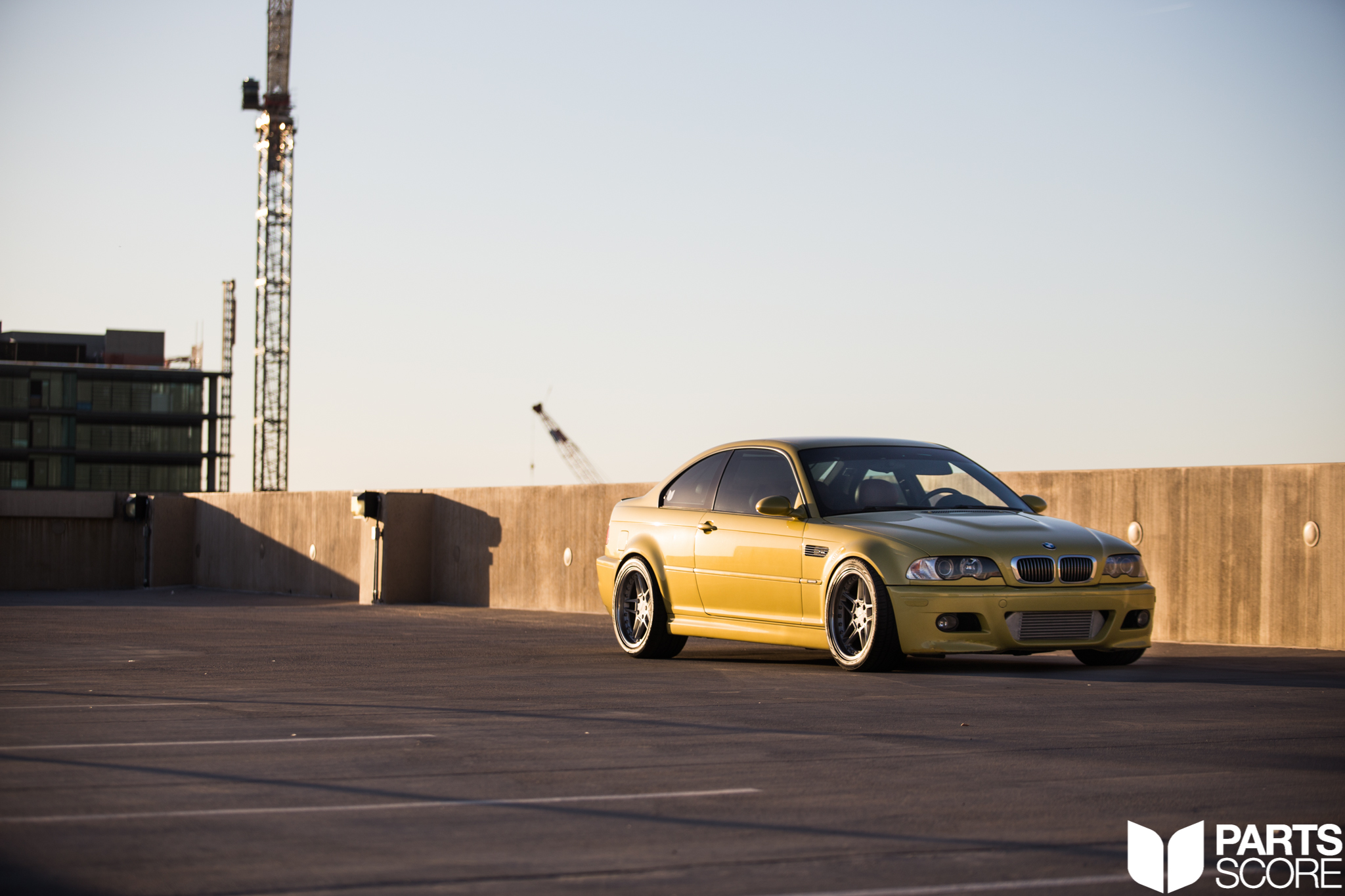 Finished and ready to hit the track, this kit is insane! 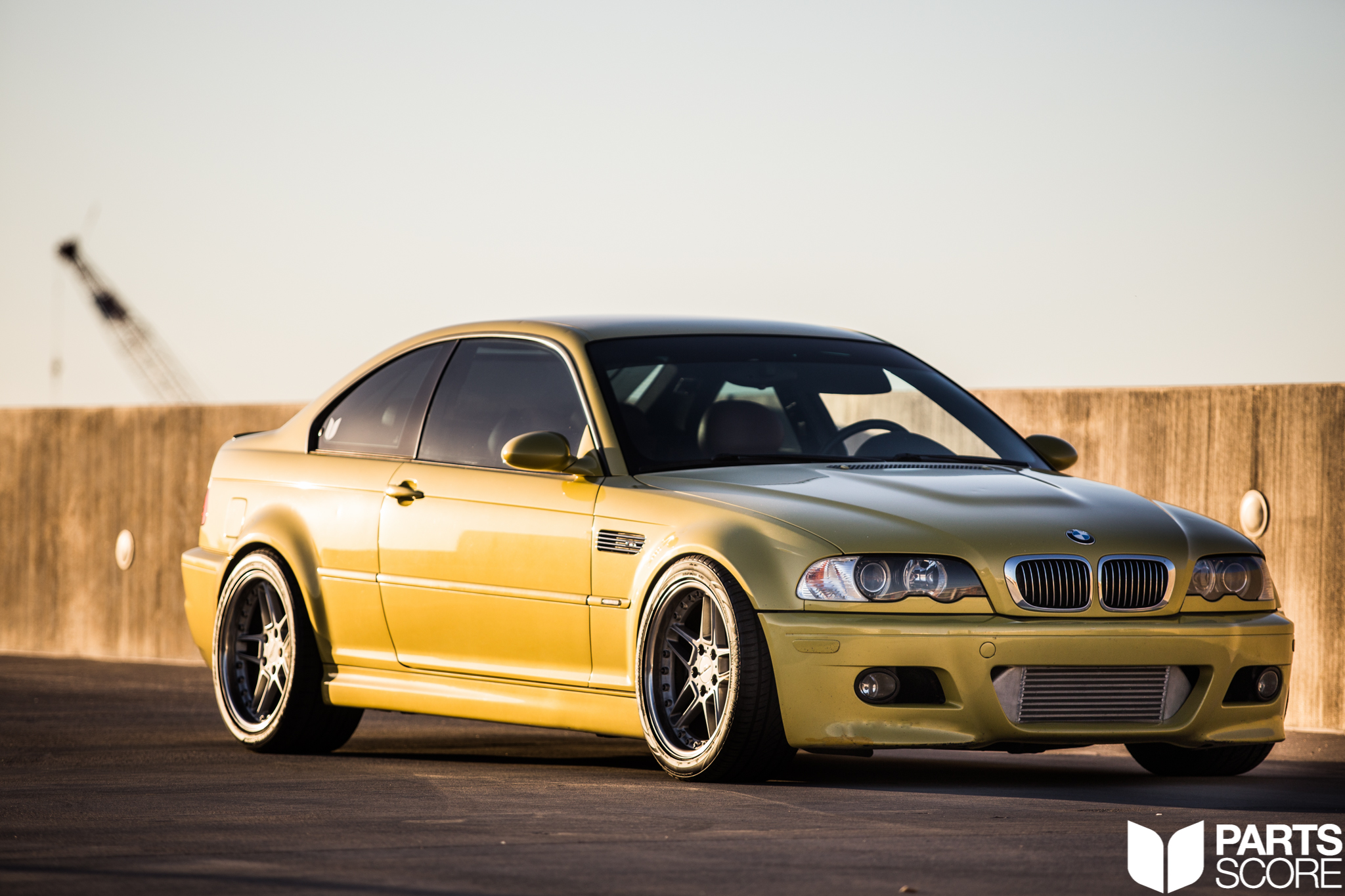 Only those who look closely will see the addition of the intercooler and realize what is lurking under the hood of this unique M3!